We worked with North-Grand High School during the 2016-2017 school year to explore the skills, tools, culture, and economics of self-publishing and zines. Below is a description of their project, as it was documented in their classroom portfolio.

Inquiry Question: How does scale play into the logistics of self-publishing?

This is is our third year working together. In terms of the current project, we started on the idea of publications last year. Marc is a self-publisher himself and brought up the idea since he would be able to serve as a superb resource for the students. Once Marc suggested this idea, Katy agreed that this would be a great way to have students showcase their individual and collective talents. Our first year working together with Ms. Barrow involved surveys, but we decided we wanted to create something more shareable with the community. As such, Publications…by You! was formed. At first ,we were thinking maybe combining the two ideas would be an option: publishing surveys and data into a publication. However, as students showed up to the program and we began to chat about their interests, we decided to take a more individual approach. We want students to have opportunities to explore topics and ideas that they don’t get to formally in school. Students reacted positively to this idea since most of them have a vast variety of interests that are not school topics (e.g., Anime, journaling, poetry, drawing).

As our project has evolved, some unexpected challenges have been having the students be productive the entire duration of the program. This is a challenge when it comes to producing tangible products, but is also something we struggle with because we know the students need some time to relax and be comfortable. However, moving forward we have been talking about coming up with some more structured activities so that students can balance work with play with some more guidance from us. 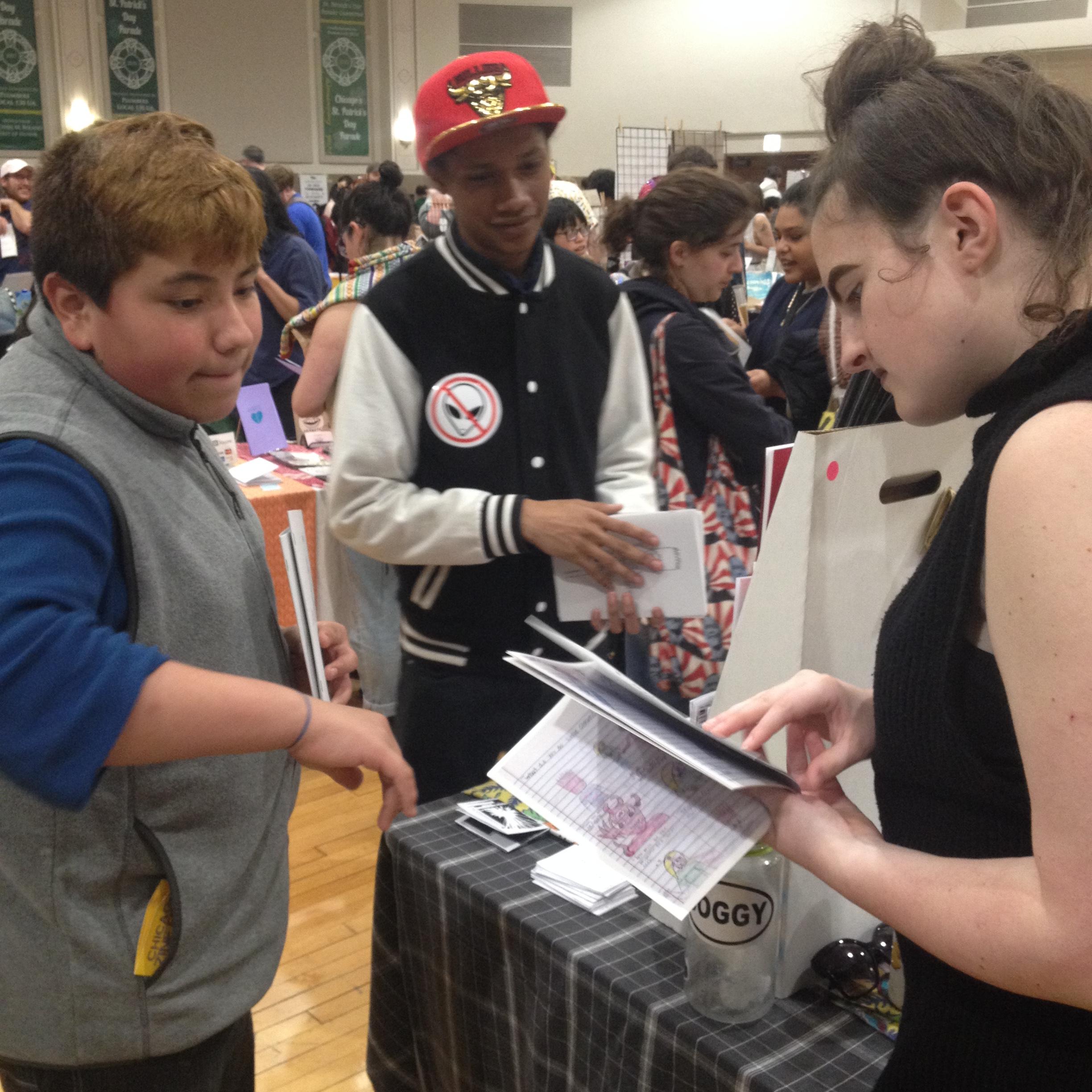 Unlike last year, the projects this year were primarily individually authored and not as collaborative. As with last year, the students produced three finished booklets. Others in the group made a lot of sketches and worked on various pieces of writing but they did not commit enough time to turn this material into a finished publication.

We used Chicago Zine Fest as our sharing event. It takes place in early May and this gave the students a deadline to work toward for the completion of their booklets. Three students finished publications, each focused on their own work, and they were able to share their booklets at Zine Fest, and everyone worked together on the assembly of these booklets once the printing was complete.

One unexpected outcome was that the students became the subject of a radio piece by Linda Lutton on WBEZ. She attended Chicago Zine Fest, interviewed the students, and then returned to the school to interview the Principal as well as to speak more with the students, including Wendy who could not attend Zine Fest. At least 4 hours of interviews were recorded and from this material, Lutton produced a 5 minute radio piece and a substantive piece with photos for WBEZ’s website. In listening to the students talking to Linda Lutton, it was obvious that they learned more about publishing and the value of making a printed booklet than was sometimes evident in the classroom. Their answers to Linda’s many questions were very thoughtful and insightful. They had sophisticated ideas about how a publication is different from sharing your art or ideas on social media, and Juan remarked that assembling the publications made him feel connected to kind of assembly line labor that is part of his family’s heritage. While for some people, assembling a booklet is a repetitive chore, for the students it seemed like the place where they could all work together given that their publications were not as collaborative.

Being interviewed about your creative work and sharing your work with the public is a pretty normal part of being an artist. It was extraordinary that the students got to have this experience at such an early stage in their creative lives. Most interviews with reporters are far less in-depth (even if the end result is similarly short). It was clear that Linda Lutton found value and meaning in what the students were doing. We were able to listen to the piece online with some of the students, and they liked the way it turned out.

Another compelling development was that several of our students went to hear Georgia Congressman John Lewis speak at University of Chicago for an event centered around a graphic novel about his work during the Civil Rights Movement. The students showed him their art at a special meeting before his talk, and one student even gave him one of her zines. While this was an extra event that was separate from our program, the fact that one of the students had something to give him and that this felt appropriate and meaningful to her was particularly exciting. She also gave a copy to the artist who illustrated Lewis’ story. It was fantastic that CAPE was able to arrange this more intimate meeting with Lewis before his presentation at Rockefeller Chapel. 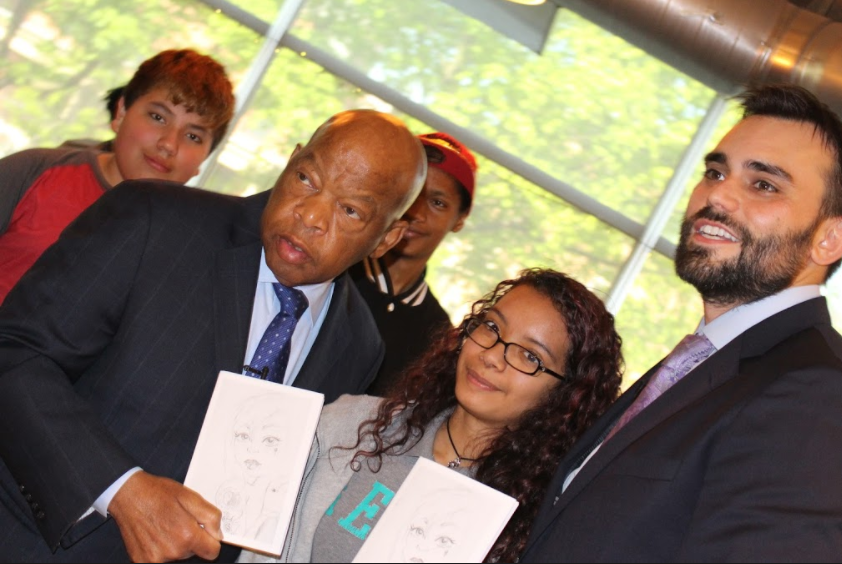 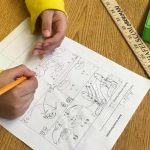 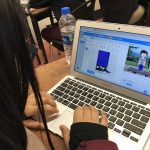