As part of the first Year of Chicago Music – Youth Music Exchange event, the Puerto Rican Arts Alliance (PRAA) and A Flor De Piel met via Google Meets on Friday, August 14th, to perform music for each other and engage in deeper dialogue about the meaning of culture, music, and community. The Puerto Rican Arts Alliance ensemble was led by Michael Scott and Jose Carrasquillo, and A Flor de Piel was led by Renato Ceron and Marisol Ceron. Youth music ensembles from various neighborhoods, backgrounds, and genres can apply to be a part of the Exchange project.

The Puerto Rican Arts Alliance, many of whom are centered around the Avondale/Logan Square neighborhoods, is a vibrant, 21-year-old music and arts nonprofit organization that develops culturally enriching and transforming programs, performances, exhibitions, and events while encouraging future generations to grow appreciation for Puerto Rican heritage and culture. A Flor De Piel, based in Little Village, works with Telpochcalli School and Chicago Arts Partnerships in Education to explore a diverse repertoire that reflects its members’ rich cultural heritage as well as their fresh and creative ways to make the “old sound new.” 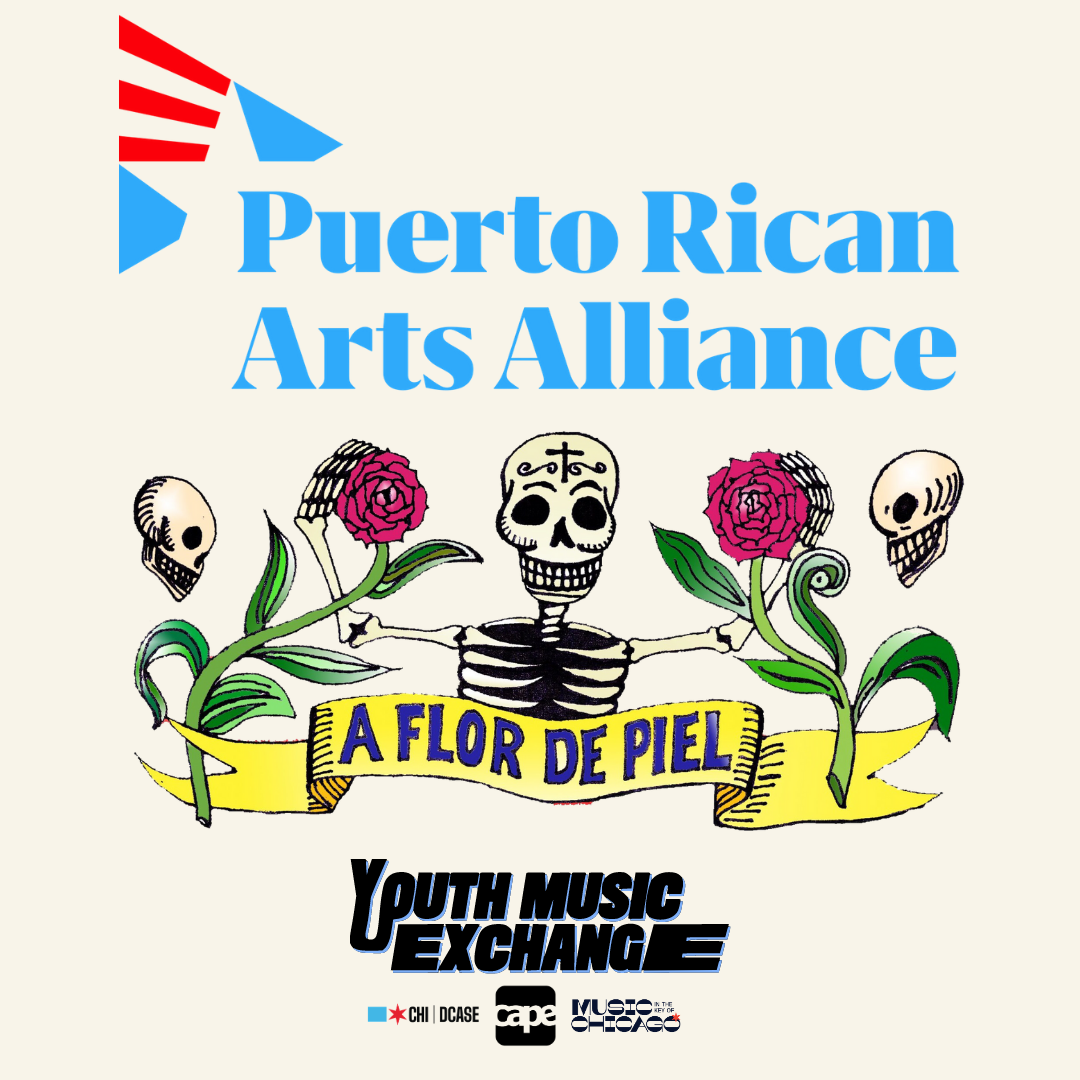 The Exchange event featured high school students from the Puerto Rican Arts Alliance’s Latin Music Project Ensemble with elementary school students from Telpochcalli School. What was born out of such age gaps was curiosity, excitement, and an energy to learn more about each other through culture and music.

The event began with the Puerto Rican Arts Alliance introducing its members to the Telpochcalli students with a performance. Afterwards, a student from PRAA reflected that he was initially drawn to the organization because of his love for jazz. He explained, “I’ve been able to improve my music skills here. Pretty much everything I know about music is because of [the Puerto Rican Arts Alliance].” He continued by stating that, “The environment here is incredibly nice. Everyone here is so ready to help me.”

After Latin Music Project Ensemble’s performance, the students at Telpochcalli with Renato and Marisol Ceron introduced themselves with the song ‘La Mariposa,’ in the style of Morenada. The ensemble encouraged everyone to clap along, stomp their feet, and wave their hands in an imitation of the butterfly.

The latter half of the Exchange event was a discussion of what music means to the students at PRAA and Telpochcalli. Many students expressed their passion for music in relation to their specific heritage. One student from PRAA explained that she is going to college to study music. She discussed how she discovered more about her cultural roots through the music that she learned at PRAA. “It’s different from other avenues,” she explained, in describing how music itself can be a learning tool that is distinct from other art forms.

A student from Telpochcalli asked, “What advice do you have for younger students who want to learn to play an instrument?” to which a student from PRAA replied, “You can learn whatever you want to learn as long as you put in the dedication and the practice. I’d say there’s no limits.“

When PRAA students later played a rendition of the Super Mario Bros. soundtrack, the Telpochcalli students flocked to the chat box in praise and even suggested that PRAA should work on a version with the Sonic soundtrack. The excitement was felt by all ensemble members and CAPE staff who participated in this event. Thank you to the Puerto Rican Arts Alliance and A Flor De Piel for not only contributing to the Exchange event, but also for creating an environment so conducive to sharing stories, respecting each other’s cultures, and building community. 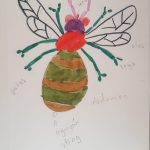