If you attended CAPE’s 2016 Impact Arts Luncheon, you’ll surely remember Joshua Short as the impassioned college student who spoke so thoughtfully and adamantly about how his time in CAPE shaped his world view and helped him become a successful adult.

Joshua graduated in 2017 from Columbia College and recently joined WNDU-TV in Northern Indiana, but before all that, Joshua was a student at Lindblom Math & Science Academy when his Arabic teacher, Lalainya Goldsbery, worked with CAPE teaching artist Ronnie Malley to integrate music into her class. Joshua quickly became highly proficient in an Arabic drum called a doumbek and went on to perform with Ronnie while also putting his Arabic language skills to use in a variety of educational and employment settings.

We are so proud of Josh and his success! Check out the video below, which features teaching artists Ronnie Malley talking about his time with Josh at Lindblom. 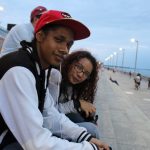 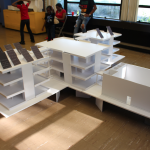 Updates on our 2017-2018 In-School PartnershipsNews, The CAPE Blog