We are so excited to share with you an amazing project underway at in our after-school program at Telpochcalli Elementary! We’ll be sending out additional information about what’s to come in the very near future using the hashtags #LibertysPromise and #LaPromesaDeLibertad. In the meantime, please take a few moments to read this post from long-time CAPE Teaching Artist Juan-Carlos Perez that describes the origin of Liberty’s Promise, La Promesa de Libertad, his project with teacher Mary Beth Werner and their after-school students at Telpochcalli:

When students came back from summer vacation they were beginning to show concern over what was happening in the political climate. La Maestra Mary Beth and I knew we had to figure out a way to address the change that was happening in our students. The majority of our students are Mexican and Latin American and live in low-income communities which lack economic resources. Our students’ families do not frequently leave their communities and most of their exposure to the outside world is what they see on television, so seeing individuals in the political arena target them in a negative light and watching half of the country support hatred aimed at their communities was having a dramatic effect on them. Our students range from 5 to 8 years of age, and we felt it was too early in their life for them to be targeted in such a negative way and to be discriminated against for who they are.

La Maestra Mary Beth and I were concerned about the traumatic effect this type of racism could have on them. No child should have to endure this type of hatred.

Because of how small they were, we knew we could not just jump right into the issue of immigration. We had to be very careful in our approach.

To begin the work, students created their own landscapes out of a shape they each designed. We then revealed to them that another student’s shape would now be introduced to the landscape they each worked so hard to create. This new shape did not look anything like theirs. Students were asked: 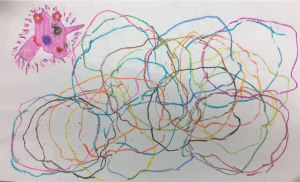 The Origin of Liberty’s Promise

By the time they began the second part of their investigation, students came to class pretty upset due to the political climate. There were common instances where students arrived at school upset and have outbursts throughout the day. In the few weeks before Election Day these outbursts and anxiety attacks started to happen more often. The fear, worry, and outbursts continued into our CAPE after-school program. Our students described how they were scared for their families and questioned why the United States hates them and why people were out to get them. Some students began to express anger and rage.

We continued to relate our big idea of “Inclusion vs. Exclusion” to landscapes. This time we looked at different American landscapes/treasures. Students looked at images of the skyline of Chicago, the Grand Canyon, Moab, Utah, etc. We then looked at American treasures such as Mount Rushmore and the Lincoln Memorial, until we eventually landed at the Statue of Liberty. Students researched the significance of the Statue of Liberty and its importance to this great nation. 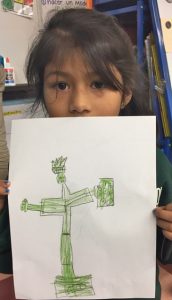 Then we went into a deep discussion about the meaning and significance of liberty and freedom. Students were asked:

I will stop here because what happened next . . . was amazing. (to be continued)

The student and community work we’ll be sharing with you in the coming months is incredibly powerful and inspiring, and they’re only just getting started. We hope you’ll watch #LibertysPromise and #LaPromesaDeLibertad on Facebook, Twitter, and Instagram to follow the journey that starts here with the origin of Liberty’s Promise, La Promesa de Libertad and will continue on to share all the amazing things that are coming soon from our amazing students and their families at Telpochcalli, and from the larger Chicago community. 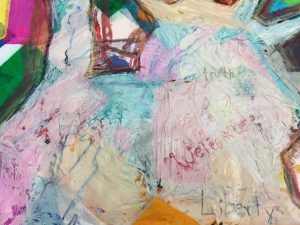 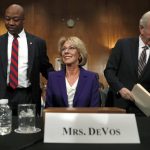 What Will Betsy DeVos Bring to US Education Policy?Amy Rasmussen, The CAPE Blog 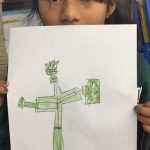