We worked with Lindblom Math & Science Academy during the 2015-2016 school year to integrate music and Arabic language and culture.

The Big Idea: How can students use music and language as a vehicle to explore socio-cultural issues?

Beginning: Initially, we were hoping that students would make a connection with how music or a musical piece can serve as a vehicle to learn about history and cultural studies. Additionally, we wanted students to understand the components (e.g., meter, modal scales, pitches) that were specific to music theory from another culture. Early in the project, students learned the names of modal scales and music terminology from the Mid East, North Africa, Andalusia (Spain) and the Balkans (e.g., Maqam music theory, Hijaz scale, rhythms). They also learned about the geography, languages, and relation of musical and cultural history from these regions.  We were surprised by how difficult it was for students to articulate what they knew about their own cultural heritage. Many students did not know about the history of the blues, Minstrelsy, or the connection to African and American culture or history. 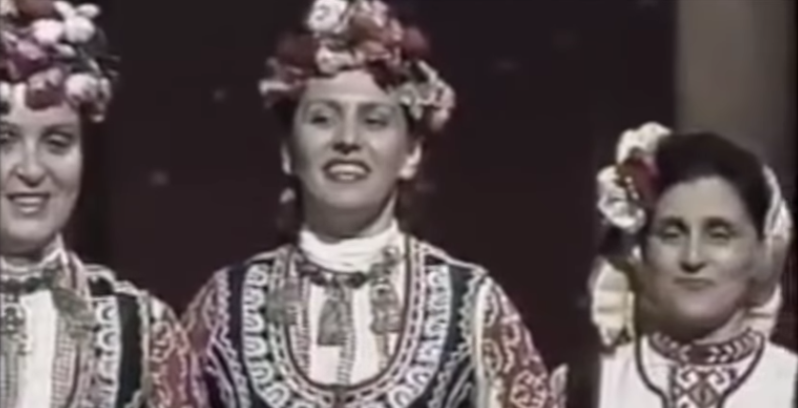 Middle:  We continued to fill in historical context and geographic understanding. We mostly dug into the rehearsal process of learning the scale and meter of “Iraqi Peace Song.” We spent extensive class time on the meaning and pronunciation of the Arabic text. Once students understood how connections can be made through music and history, and which ones may exist in their own lives, the process became cumulative.

Students watched videos, looked at maps, and read material making observations about choral pieces they already knew, but were able to understand in more depth. In addition to learning the published choral piece, “Iraqi Peace Song,” students learned to sing it in Arabic with authentic pronunciation. They also learned the actual maqam (Hijaz) and the traditional rhythm (wahda) of the song. Additionally, students were able to apply this knowledge to actually correct and reinterpret aspects of the published work.

End: The final part of our collaboration centered around refining “Iraqi Peace Song.” Since three different classes of students were learning the same song, it was challenging to ensure all three classes knew exactly the same version of the song. We had to correct rhythms, pitches, tone quality, vowels, etc. We also wrapped up with a discussion of the meaning of the piece and what kinds of facial expression and body language would be appropriate.

We hoped that all three classes would learn a consistent and accurate version of “Iraqi Peace Song,” that the students would understand the cultural context of the piece, and that they would be able to perform it accurately and expressively. The students performed the piece at a very high level of musicianship and authenticity. The students were highly respectful when discussing cultural issues, and they learned a lot about the spread of ideas and culture throughout the Muslim world. 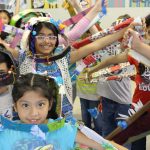 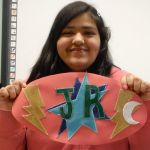