We worked with Boone Elementary during the 2015-2016 school year to integrate visual and performing art and science.

The Big Idea: Students explored their identities through learning about bird anatomy and creating sculptural forms that represent different bird parts. Students will create sculptures that exemplify their identities and their understanding of science and social sciences concepts.

Beginning: We wanted students to start to think about how others view them and what makes them unique. We introduced the content by doing a KWL chart on birds with the class. It was interesting to see misconceptions students had about birds. We introduced the idea of wearable sculptures by sharing videos from Nick Cave who created sound suits similar to wearable sculptures.  Students learned that some of the things they thought they knew about birds were actually not factual. They also learned that others might view them differently from the way they think they actually are. In the construction of their sculpture they learned basic mechanical concepts of joints, horizontal and vertical, and armatures, which we compared to their bird’s skeleton.

Middle: We delved into the content. I created various Google Slide presentations in order to introduce students to birds and their anatomy. Students learned about various bird facts, including anatomy, adaptations, etc. On the days that Ms. Gwen came to visit students would write an adjective or character trait to describe how they thought others perceived them. They would write this on a feather template and colored to signify how they were feeling on that particular day. The feathers were then glued onto a folder in which students kept any work from the unit.

Each day Ms. Gwen would visit students worked on various parts of their wearable sculptures.  The students first had to learn about making horizontal and vertical cuts for interlocking joints with the creation of their cardboard ‘bones’.  This took a great deal of time for them since it required a lot of mechanical skill and kinesthetic learning. Once they had created their bones they then painted and decorated them. They were prompted to explore the materials offered and consider how the decorations would inform their movements. We were surprised by how specific and clear of a vision most of the students had about how they wanted to decorate their bones considering they were given a limited selection of material and could only use what was offered. 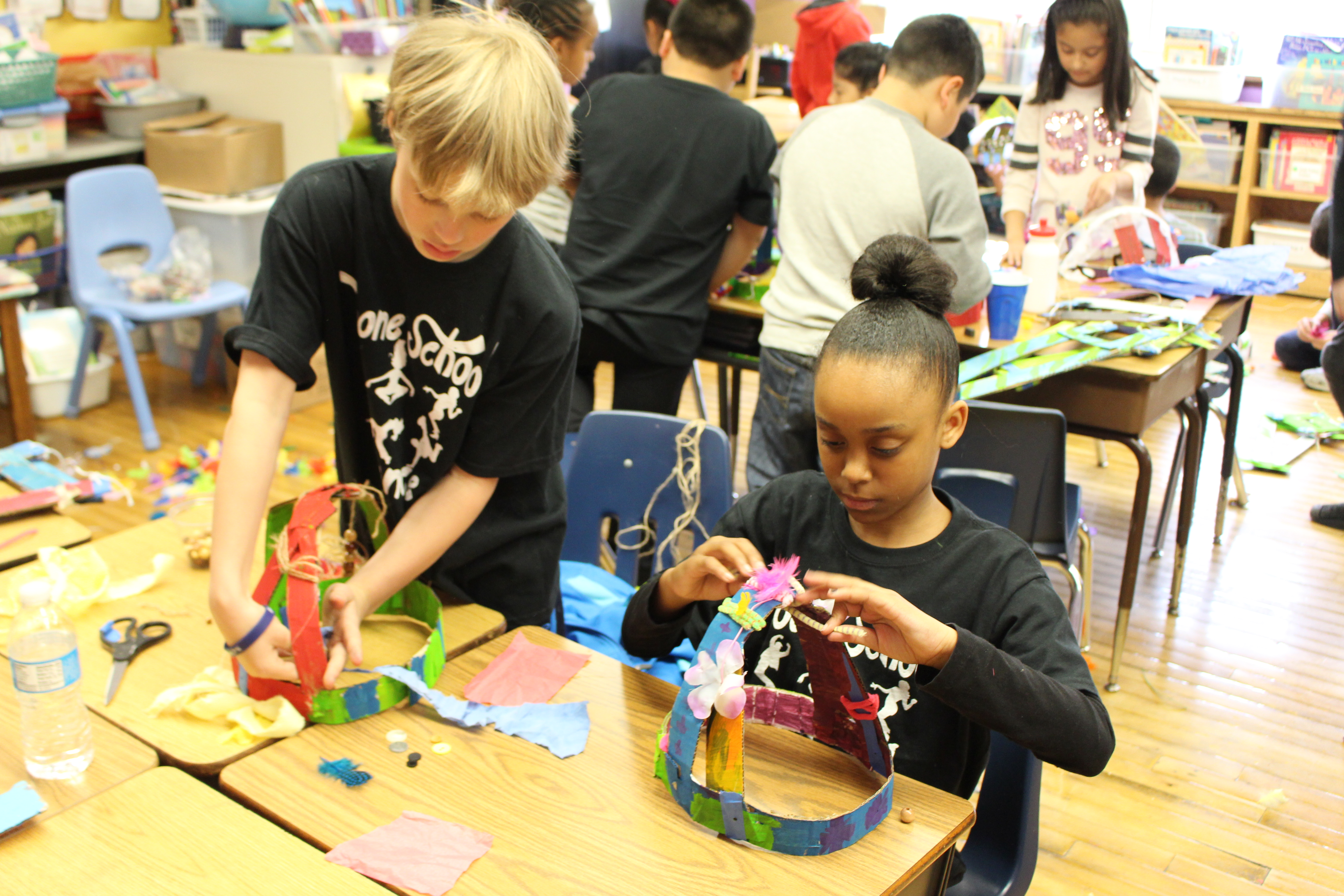 End: When students completed their wearable sculptures they wrote about how they think people perceive them and what they want people to know about them. We collaborated with the dance teacher at our school and the students came up with movements that exemplified their personality traits. The dance teacher showed the class videos to inspire them to come up with their own movements. Finally students performed in front of their peers and parents.

We were really happy about the students taking ownership of their choices. With past classes, students would typically emulate whatever we demoed for them. This year we took out the demos and guided them with only verbal prompts to bring their focus back on the ‘why’ (personal identity and birds) of what they were creating.  Students made bold and strong choices based on their exploration and discovery of the materials offered, often sharing with us why they were making those choices. For many of the students the decorations were not only visual but also kinesthetic and auditory. 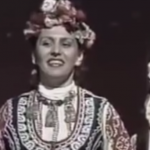