This curriculum guide documents work that occurred with two 4th grade classrooms at Swift and two 4th grade classes at Thorp during the final year of the PAIR project (2008-2009). Visual Arts teaching artists Juan-Carlos Perez worked with Swift and Thorp schools for all three years of the PAIR Project. While CAPE had been previously involved to some degree in professional development for teachers from Swift, the PAIR Project was both schools’ first experience with CAPE-supported teacher-artist partnerships.

Additional information about the work at Swift and Thorp

Inquiry Question: How can students learn about problem solving by taking a social issue and moving towards action as they take a 2-d blueprint and create from it a 3-D reality that encompasses that notion of action?

Further discussion: It was important to the teachers and the artist to help students move from the abstract (broad social problems and 2-dimensional sketches) to the concrete (taking action against those social problems and creating 3-dimensional sculptures in a way that would maintain the integrity and accuracy of their 2-dimensional plans).  The teachers also recognized the need for their students to gain experience in collaborative skills such as listening to peers, changing ideas, and compromising, and so individual and group work was carefully planned to address that need.

For this project, the teachers and teaching artist planned out a scaffolded approach to the work. The students were guided through the project in a way that helped them understand the relationships between abstract and concrete, 2-dimensional and 3-dimensional space and shapes, and thoughts, plans, and actions. Ongoing emphasis was placed on math concepts such as scale, measurement, and shapes, and how, when, and why one would choose different tools and materials for a math problem or an art piece.

The project unfolded in the following steps: 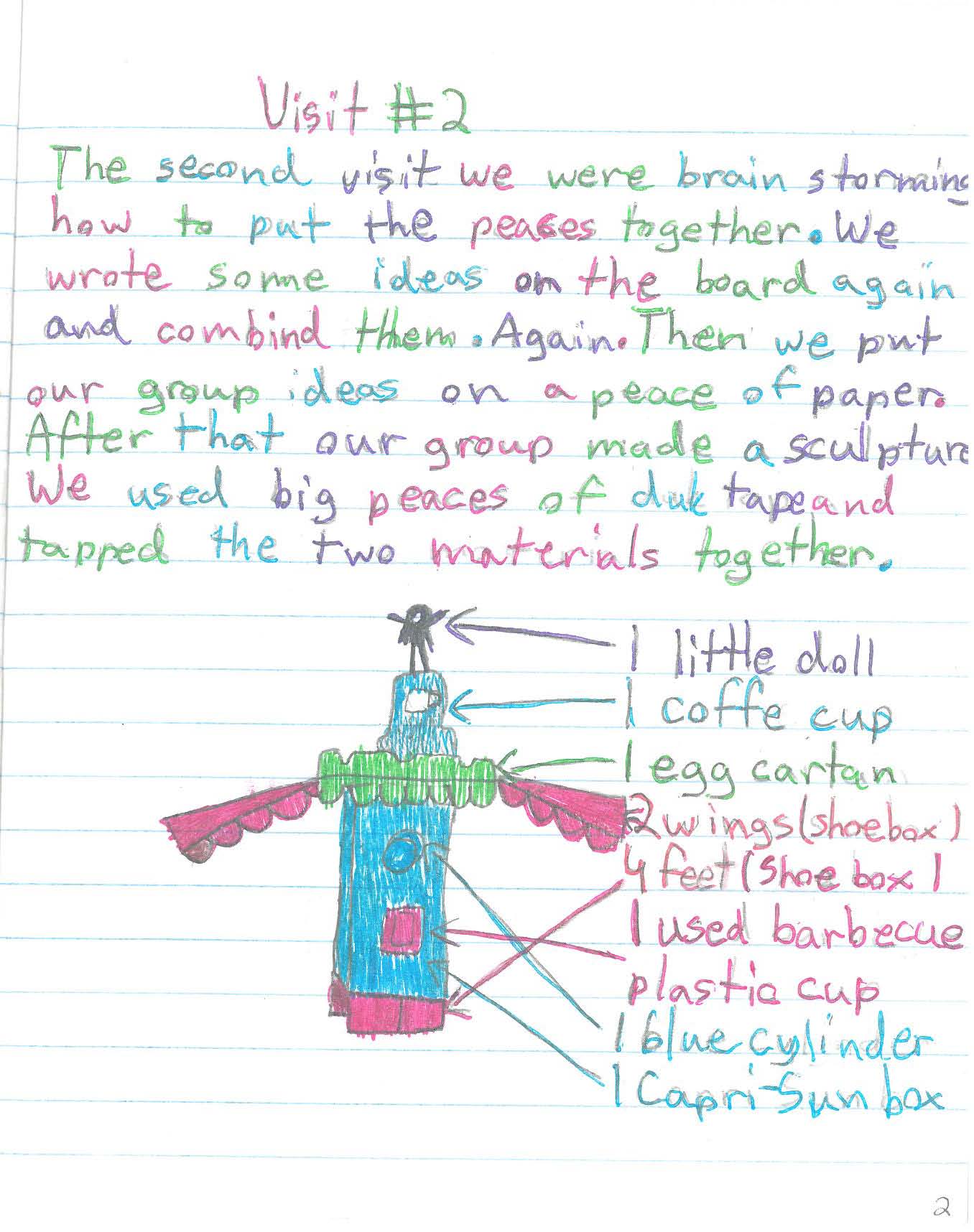 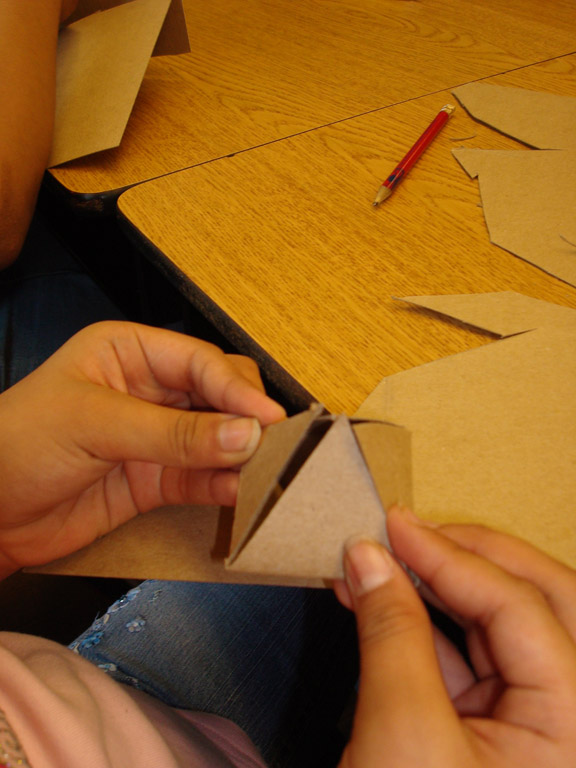 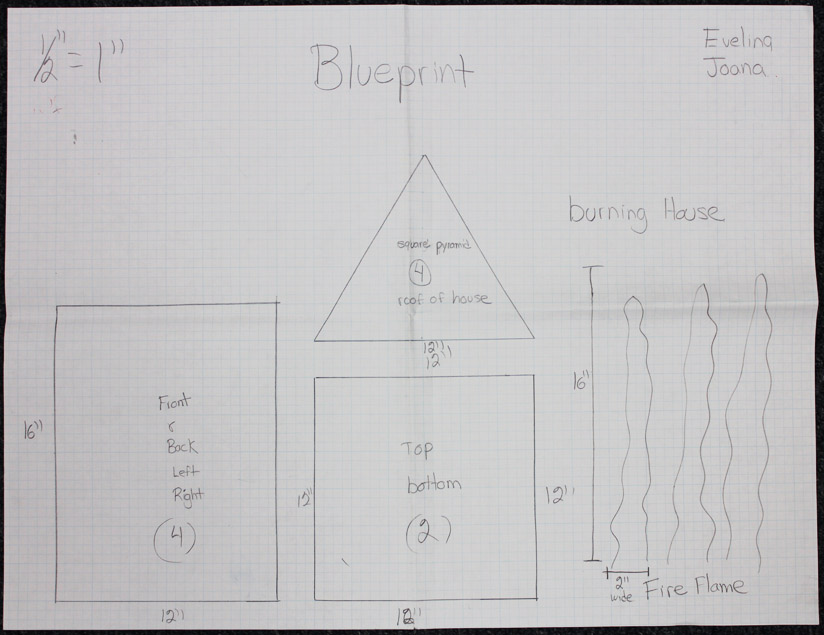 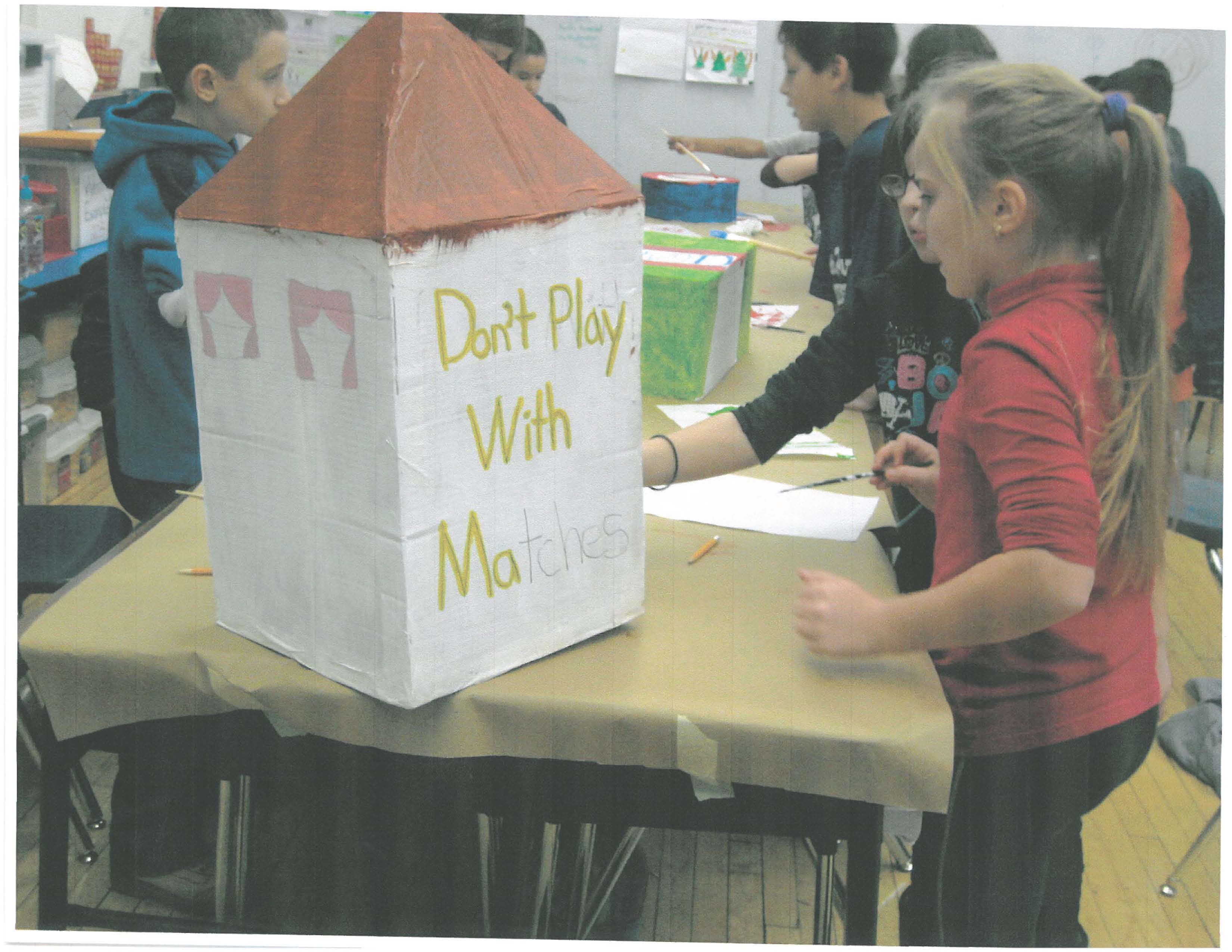 In interviews that occurred after this project had concluded, Juan-Carlos Perez and the participating teachers repeatedly remarked on their students’ struggle with but ultimate ability to understand the relationships between two dimensionality and three dimensionality. Through hands on exploration, the students were able to master skills and techniques of scale, measurement, and transference.

Teachers also consistently noted in reflections on project that this particular project allowed their students to develop important social skills, such as listening to their peers, collaboration through sharing, adapting ideas and plans, and accepting others’ idea. The teachers also recognized ways in which the arts integrated math work lead to new success by students who normally did not excel in regular classroom activities.

A PAIR teacher reflects on her students’ learning through arts integration:

“They enjoy it, so they’re more eager to do the work.  And the concepts, I believe, are learned even better.  Just by taking the test, I would hear them refer to, “Oh, that’s what we did with Mr. Juan Carlos, or we did with Miss Jessica!” […]  There was an ISAT problem where they needed to draw a perimeter […] and a lot of the kids said, “Oh, that’s like the practice we did with Mr. Juan Carlos,” or they were referring to, “That’s what it means, right! What we were doing when we were dancing. The perimeter is the outside of the octagon!” and things like that. So to them it was like a flashback of what they did, and then they would get the concepts, so I saw a lot of kids doing that and remembering.”

A PAIR teacher describes how all her students were able to find success in the PAIR project, regardless of how they were usually categorized by standardized test scores:

” …This is part of the program where I see that they’re integrated, and you can’t really tell the difference [between students identified as “High”, “Average”, or “Low” by standardized test scores]… You don’t know the difference if you walk into a classroom, and you give each and every student the same opportunity to exceed on different levels.  Because they chose their shape, they chose their sculpture, they chose their concern.  And the best thing, without even knowing they were learning, they were learning.  At different levels and at their own capacity. […] I would love to continue this program because, like I said, it’s a program where kids are not labeled, kids are not distinguished.  They’re all enjoying it to their own capacity.  They’re all being successful in one sense or the other.  And that’s the best thing.”

Illinois State Goals (as of 2009) addressed by this project

Plan a CAPE Field Trip
Visit CAPE and learn more about our research: join us for a casual, one-hour info session that we call the CAPE Field Trip. You’ll tour our office, learn about our impact on students, teachers, and communities, and meet some of our staff members and partners.

Learn more and schedule your visit!